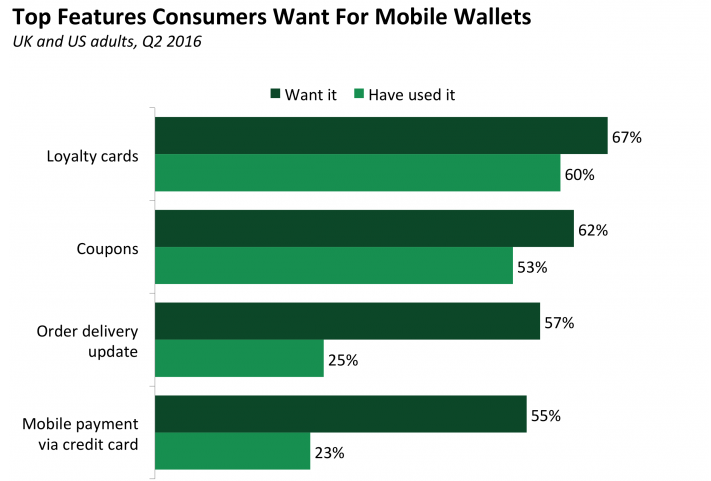 According to the site Business Insider, consumers want loyalty and rewards to be tied to mobile wallet usage.

The site reveals that 94% of consumers say they'd be more likely to use a mobile wallet if they could earn and redeem rewards, according to a survey by Point.

These incentives and deals could help feed that demand.